When you're facing a legal situation with your family, the right assistance can make all the difference. Get help from a legal team that has your best interests at heart. Below, we offer a brief explanation of several areas within our family law practice that we are passionate about.

Have you recently separated from your spouse?
What are your rights?
Who has to pay to maintain the family home?
Am I entitled to spousal support?
Am I guilty of abandonment if I move out?
What if my spouse takes money out of our joint bank account?
What is required for a “legal separation” in Virginia?

These are just some of the questions that may race through your mind when you find yourself facing a marital separation. We understand that your whole life can be turned upside down when a marriage is ending. In addition to the emotional turbulence, you are confronted with a huge array of financial and logistical decisions. Many fail to promptly seek legal counsel and get stuck reacting to one crisis after another during their divorce. We are here to help you regain control. We try to educate our clients on all of the legal options available so that they can take charge in plotting their course back to normalcy. We do not take a one-size-fits-all approach to divorce and separation. We realize that every client has unique needs that must be addressed. Additionally, if aspects of your case must be litigated, we will work with you to establish your primary case objectives so that you can better conserve your resources. These objectives may include seeking immediate relief in a Juvenile and Domestic Relations Court prior to filing a divorce proceeding; deciding whether fault grounds are appropriate; or crafting a separation agreement.

Many clients ask us about the criteria for a “legal separation” in Virginia. Generally speaking, there is no proceeding specifically required in order to establish that you are legally separated. It is true that the only “no fault” ground for divorce in Virginia relates to a period of separation between the spouses. Specifically, spouses must live separate and apart without any cohabitation and without interruption for one year or more; or, where the parties have no minor children and they have entered into a separation agreement, a period of six months or more. This separation period does not necessarily require the parties to show that they have lived in separate households the entire time.

In most cases of marital separation, we highly encourage preparation of a separation agreement. The agreement is a private contract between separated or separating spouses that may address all topics related to a divorce. The agreement is generally binding on both spouses and will be incorporated into the divorce proceeding. It has many advantages including the ability to carefully and thoughtfully arrive at the division of assets and the establishment of support obligations rather than submitting the same issues to a judge for his or her (sometimes unpredictable) ruling; it is generally cheaper to negotiate and draft than to litigate the same topic in the divorce; and, even where the other spouse at least initially refuses to sign, it helps bring the issues into focus and provides an outline of the relief you are seeking in the divorce.

What is the difference between legal custody and physical custody?
What factors does a court consider when awarding custody?
How do I prove that the other parent is unfit to have custody?
What rights to grandparents have to be awarded visitation?
What should I do if I want to move or relocate out-of-state?

Unlike many areas of the law, proceedings involving the care and custody of children are quite open ended and are never really permanently decided. They are open ended because the list of legally relevant factors a court may consider in order to determine the best interests of a child is broad. As we all understand intuitively, many things affect the well being of our children, including their relationship with each parent, their home environment, their health, their relationship with extended family members, their school performance, any exposure to abuse, etc. Despite the seemingly unending list of considerations, proceedings involving the care and custody of children tend to follow certain patterns. These patterns emerge as a result of the habits of particular judges, as well as from the legal procedures employed to move custody cases through the court system. An experienced, local family law attorney can help you organize and focus in on some of these key considerations, helping you to put your best foot forward.

Finally, even if a prior ruling was made, you may have options available to seek a new ruling. If a material change in circumstances has occurred since the last court order was put in place, you may be entitled to a fresh look by the courts. Such changes may include a planned move out of the area, military orders, a new marriage of a parent, negative behaviors of the child, new abuse concerns, etc.

How much child support am I entitled to receive?
What if the father of my children is self-employed?
What happens when one of the children I receive / pay support for turns 18 or graduates high school?
How can I take my children’s other parent to court to collect a child support arrearage?

Theoretically, getting a child support award or judgment should be straightforward. Virginia, like most states, has a set formula that is regularly used to determine the proper amount of support. In some cases, establishing the right support amount does go smoothly, especially when the other parent is cooperative and is not hiding anything. A surprising number of cases are not so straightforward, however. In addition to concerns about hiding income or assets, there are other factors that contribute to contention in such cases. The most obvious source of frustration and contention is one parent’s delinquency in paying the support. If significant arrearages have accumulated, it may be time to pursue one or more legal remedies to better enforce the obligation. Other issues involve claiming the children for exemption purposes on Federal and State taxes, sharing out-of-pocket medical costs, or calculating the proper custody share ratio for the shared child support guidelines.

Spousal support is less well defined than child support. For temporary orders for support in the Juvenile and Domestic Relations Court, there is a formula available to determine the proper amount of support; however, the Court is not bound to follow it. In the Circuit Court (where all divorce cases are heard), support is much more open-ended, although not without guidance from the relevant statutes on spousal support. Very important to such proceedings is a presentation of the resources and ability to pay of the payor spouse and the justifiable need of the other spouse.

The above statements are of course generalizations. An experienced, local family law attorney can help you create a custom plan for addressing these important support aspects so that you can maintain financial stability for yourself and your family.

At Slaven Law Group, there are few cases we enjoy more than adoption cases. Most are very happy, long-awaited occasions for the clients. Although in some cases an adoption may be “contested” - in that at least initially a birth parent refuses to consent to the proposed adoption - many can be resolved without protracted litigation. Many stepparent adoptions may fit into this category. Adult adoptions are even more streamlined. Regardless of the type of adoption, all procedures in Virginia adoption cases are quite technical. This is to ensure that parental rights are respected and appropriately addressed; and so that certainty and finality can be obtained for all parties involved. We have the experience and commitment to help your family navigate this area of law so that you can bring closure and completeness to your family.

I am worried about my elderly parent; how do I become his or her legal guardian so that I can make decisions on his or her behalf?
Can I simply rely on a power-of-attorney instead of a formal guardianship?
If I become legal guardian, do I need to move in with that person or move them into my home?
What if not all family members agree on who should be appointed as guardian?

When through accident, illness or age, a person’s capacity to care for him or herself is diminished, it is important for family and loved ones to step forward and assist. It can be overwhelming to take on that role, especially where the needs are many and constant. Virginia’s Circuit Courts have jurisdiction over guardianship and conservatorship proceedings for adults with such needs. The proceeding may be initiated by any concerned relative or friend, or by a public agency, such as Social Services. The role you take on as guardian and/or conservator can be limited or comprehensive depending on the situation. The goal is to enable a family member or loved one to gain legal recognition of their commitment to serve the disabled individual. It allows the person appointed to make binding decisions for the individual, including regarding day-to-day care arrangements, medical treatment and living arrangements. It generally replaces and takes priority over any power of attorney instrument. The conservatorship appointment empowers the appointee to manage the financial affairs of the disabled person.

We are ready to answer any of the above questions for our clients, as well as many more, while assisting their efforts to better care for their family member or loved one. 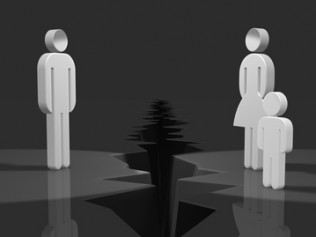